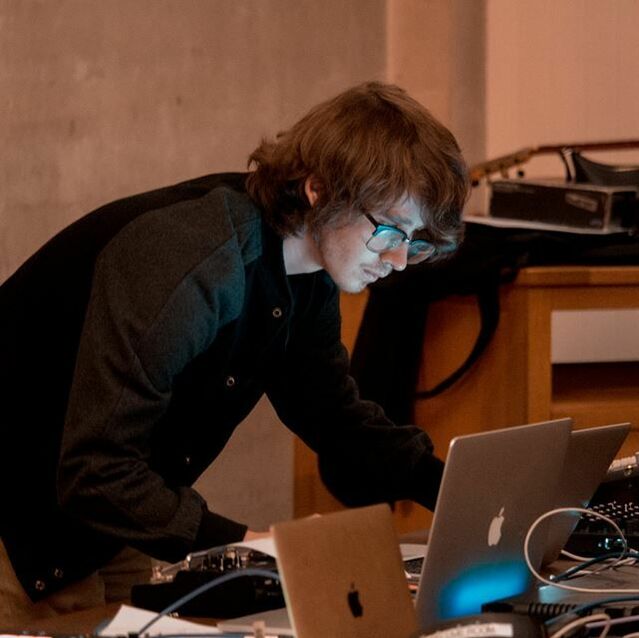 ​-De Togni pronunciation- Deh-TOH-nyee
​
Daniel De Togni was born in St. Louis (b. 1993), grew up in Arkansas, and is a composer currently living in the beautiful state of Oregon.  His works have been performed by the Berkeley Symphony Orchestra, the Julius String Quartet, Hypercube, and the Delgani String Quartet, among others. His works have also been performed in Japan, Taiwan, at June in Buffalo, the Hot Air Music Festival in San Francisco, New Music on the Point, Bowdoin International Music Festival, the American Music Festival, the UNK New Music Festival, as well as throughout the United States. In November of 2020, Daniel's music was featured on NPR's Arts & Letters with J. Bradley Minnick, in a feature regarding a multi-media collaboration with poet and visual artist Terry Wright, in which they discuss their interdisciplinary project Iterations: 4 Pieces for Narrator, Oboe and Piano.

His compositional style has been praised for its breadth and his ability to integrate a variety of soundworlds and influences into his music. Drawing from his Japanese and Italian heritage, Daniel's music is that of cross-pollination between genres and styles, and the exploration of sonic environments and the musical organisms that dwell in them. His focus is that of creating emotionally moving, auditory experiences for the listener.

In 2018, Daniel was announced as the recipient of the 2018 Highsmith Composition Award for his piece Tsuioku: On the Internment of Japanese Americans. Daniel was also awarded the !BAMM! Composers Inc. Student Composers Competition Award for his piece, This is a Flower, not a gun, the Tribeca New Music-Merit Award for Unbreakable: Music for Big Spaces, as well as the Southwest American Prize for his fixed electronic piece, Sunset Rain in the Distance. ​

Also an adept pianist, Daniel has performed in the United States as well as in Japan.  He has performed many solo classical works from Rhapsody in Blue to Shostakovich's Piano Concerto No. 2 to Bach French Suites, as well as accompanying numerous works for various instruments, voices and ensembles.

While attending the University of Central Arkansas for Undergraduate music studies, He won the UCA Student Spotlight Concerto Competition, through which he performed Rhapsody in Blue with the UCA Wind Ensemble.

Among having classical performances, he is also an avid jazz musician and performs gigs frequently in the Bay Area as well as in Arkansas. Daniel also collaborates frequently with other artists in various genres including electronic, experimental, punk and noise groups, and coordinates an annual new music festival in Central Arkansas; Rad Sol Concert Series.
​
Daniel is currently pursuing a Ph.d in music composition at the University of Oregon where he studies with Robert Kyr and David Crumb. Daniel has a Master of Music Degree from the San Francisco Conservatory of Music, where he studied under Grammy winning, composer of symphonic music, Mason Bates.  Subsequently, Daniel finished a Post-Graduate Degree in Technology and Applied Composition at the San Francisco Conservatory where he studied music production and scoring for film and media with prolific media composers Lennie Moore and Matt Levine. During his undergraduate work, Daniel studied composition with Paul Dickinson and piano with Neil Rutman and Kazuo Murakami at the University of Central Arkansas.
​
Daniel also teaches private piano and composition lesson and enjoys practicing and performing the Japanese flute, the shakuhachi.
Photo Cred. Jose Soberanes